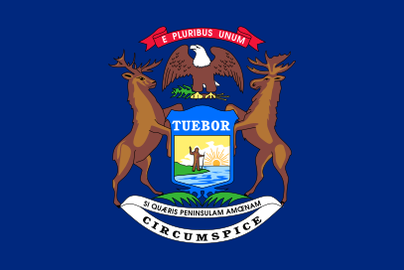 Michigan is a state in the Great Lakes region of the upper Midwestern United States. With a population of nearly 10.12 million and an area of nearly 97,000 sq... Wikipedia