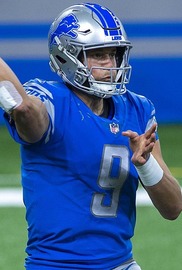 John Matthew Stafford is an American football quarterback for the Los Angeles Rams of the National Football League. He played college football at Georgia, where he was a first-team... Wikipedia