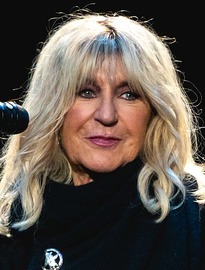 Christine Anne McVie was an English musician, and the vocalist and keyboardist of Fleetwood Mac, which she joined in 1970. She also released three solo albums. Her direct but... Wikipedia