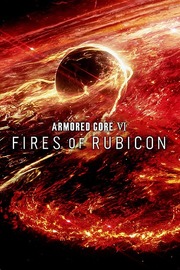 Armored Core VI: Fires of Rubicon is an upcoming mecha-based vehicular combat game developed by FromSoftware and published by Bandai Namco Entertainment. It is the first entry in the... Wikipedia